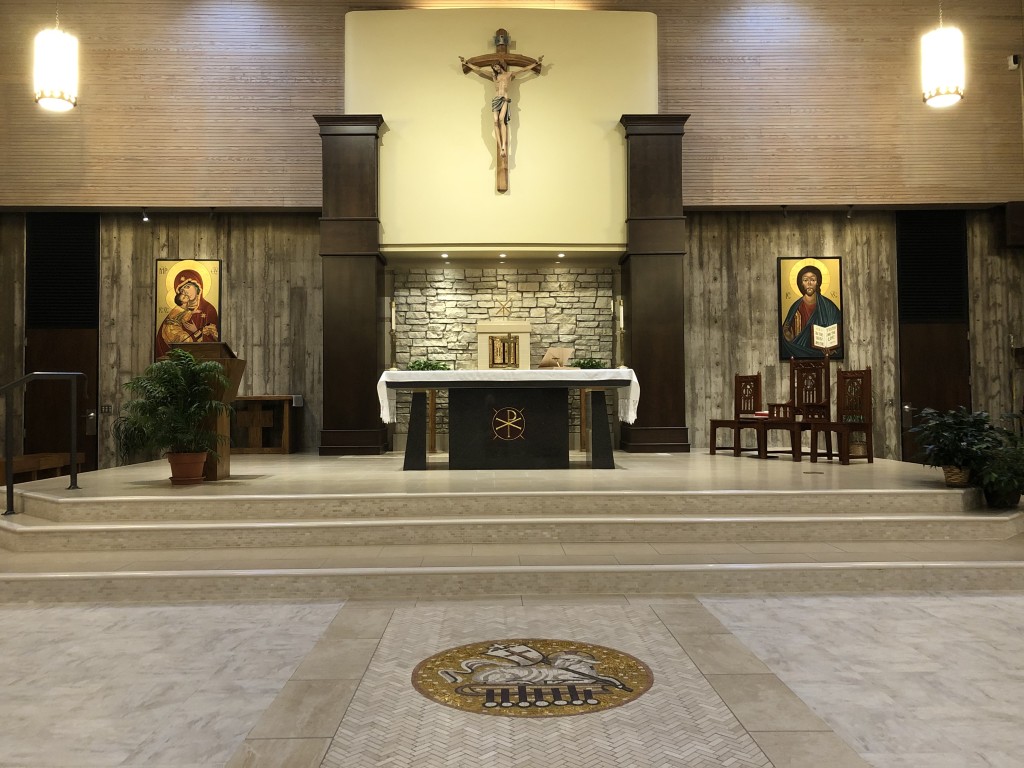 History:
When St. Francis of Assisi parish in Brainerd grew to 900 families by 1960, Bishop Schenk decided to start a new parish to the south of the town. In 1963 it was founded and he named it St. Andrew’s with its first pastor, Fr. Frank Melovasich. St. Francis Parish gave a monetary donation to help get the new parish started.

From May 26, 1963, to the spring of 1965 Sunday Mass was celebrated in the Washington High School Auditorium. In the meantime a campaign for funds was started and plans drawn up for the new complex on Willow St. Groundbreaking took place on Sunday, June 7th, 1964, and the first liturgy was held in the new church on Easter Sunday, April 18th, 1965. Bishop Schenk dedicated the church and school on August 29th of the same year.

On the completion of the structure in 1965, the school was opened under the direction of the Franciscan Sisters from Newton, Massachusetts. But in 1969 the school closed because the financial weight of the school and paying off the parish debt was too heavy a burden for the parishioners. It wasn’t till the pastorate of Fr. Michael Skumavc that the debt was retired in 1985. St. Andrew’s has continued to grow since then.

Learn more about our Icons