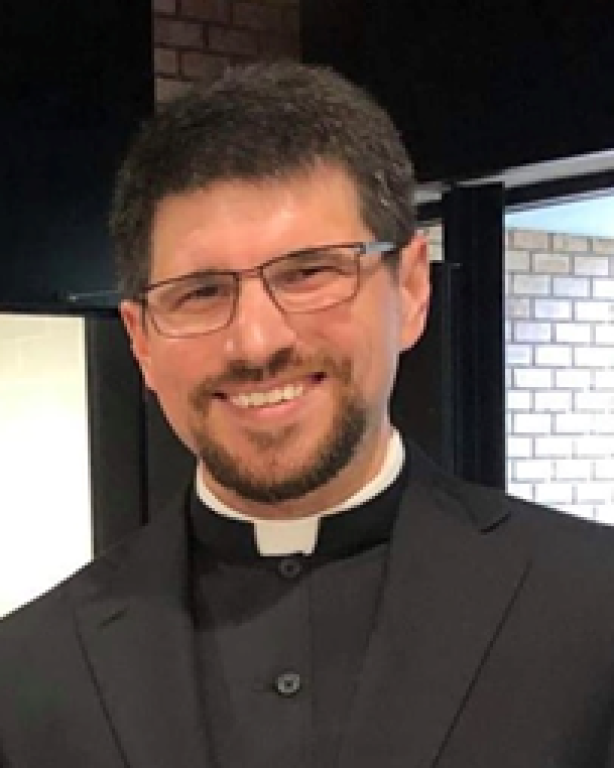 A native of Duluth, Fr. Daniel was ordained in June of 2012 and served the four parishes of Brainerd as an Associate Pastor before being assigned Pastor of St. Andrew and St. Mathias in July 2014. He is grateful to serve in this area. As these parishes work together with St. Francis and All Saints Churches, Fr. Daniel serves as daily administrator of the faith formation programs for the four parishes.

Fr. Daniel attended the University of Minnesota and then completed a Masters in Public Administration at the University of Illinois in Chicago. During his master's studies, he opened up to and heard the call to the priesthood. Joining the Diocese of Duluth, he was sent to Mundelein and then the Pontifical North American College & Angelicum for seminary. His final year of studies entailed specialization in Spiritual Theology. From 2014-2017, Fr. Daniel completed the Institute for Priestly Formation's Spiritual Direction Training Program for Priests.

Additionally, Fr. Daniel had the privilege of serving as Administrator of All Saints Church, St. Francis Church, and St. Francis of the Lakes Catholic School from August 2020 until January 2021. During this time, he oversaw most of the construction phase of the new All Saints church space and the ramp-up for the first half of the 2020-21 school year. He has also served on the St. Francis of the Lakes Catholic School Board since 2014. 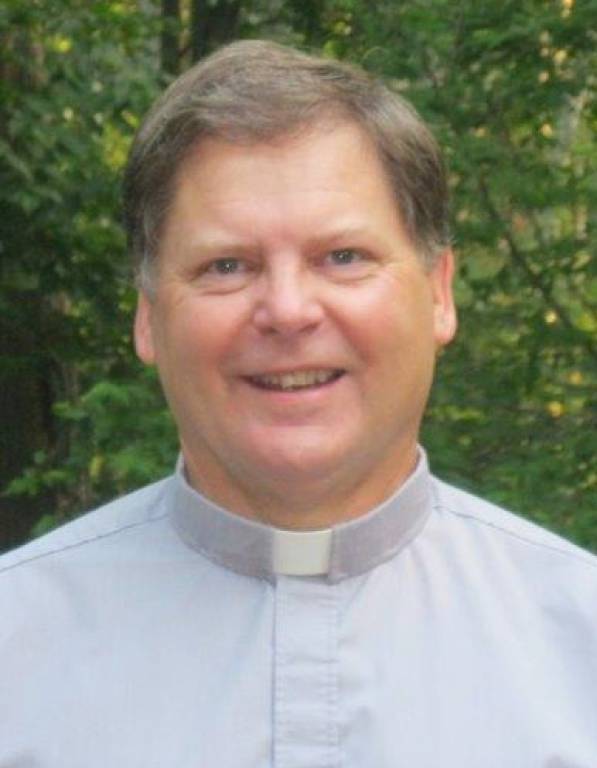 Most of my formative years were spent on a family farm near Santiago, a quaint little town located in East Central Minnesota. After high school, I continued my education and received a Bachelor of Science degree from Mankato State University. About that same time, I met and married a lovely Catholic girl, Theresa Kapsner which, as a Methodist, was a real eye-opener. Prior to the birth of our daughter Andrea, I was confirmed and joined the Catholic Church.

In 1992, our family moved from Marshall, MN, to Brainerd where I continued my work with the State of Minnesota as a wetland specialist and Theresa continued her work as a social worker. We are members of St. Andrew's. We have 3 grown children, Andrea, Jeff, and Alison. Alison and her husband, Terrelle, have blessed us with 3 beautiful grandchildren, Zoe, Othniel, and Jael.

Prior to moving to Brainerd, we had never belonged to a parish with an assigned Deacon. The Brainerd Catholic community had four. Their call to serve and the manner in which they carried out their calling were very intriguing and raised my curiosity to learn more.

At the urging of Father Seamus Walsh and the support of family and friends, I took a “leap of faith”. After 6 years of prayer, study and discernment, I was ordained as a permanent Deacon by Bishop Paul Sirba on November 21, 2010, on the Solemnity of Our Lord Jesus Christ the King. 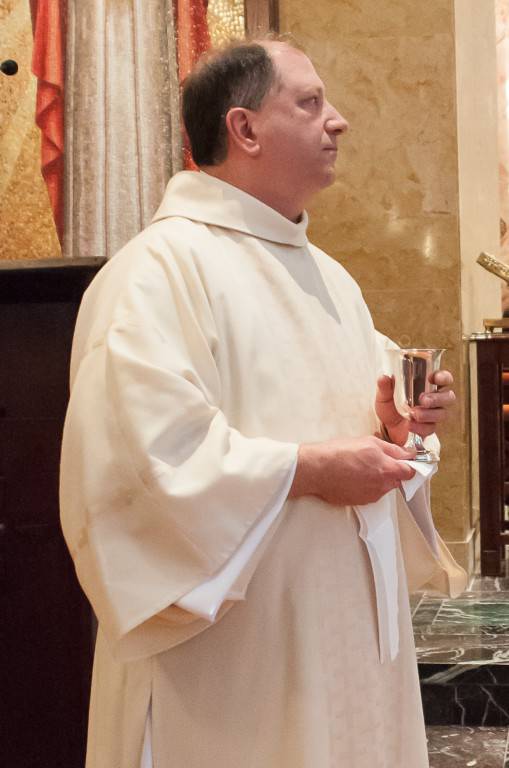 I was born and raised in Brainerd and attended St. Francis Church as a child with my mom and nine siblings. I moved away from Brainerd for 20 years and moved back in 1998 with my wife Cindy, sons Scott, Jeremy, Justin, and daughter Tracy. We started attending St. Andrew’s when my family moved to Brainerd. My wife Cindy joined the Church in 2008 having attended Mass since the first year of our marriage. I was ordained a deacon on November 20, 2016. 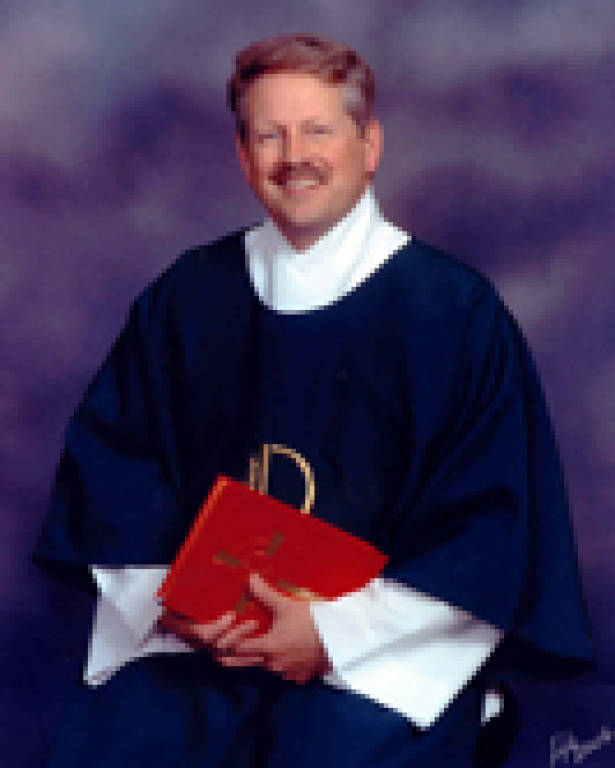 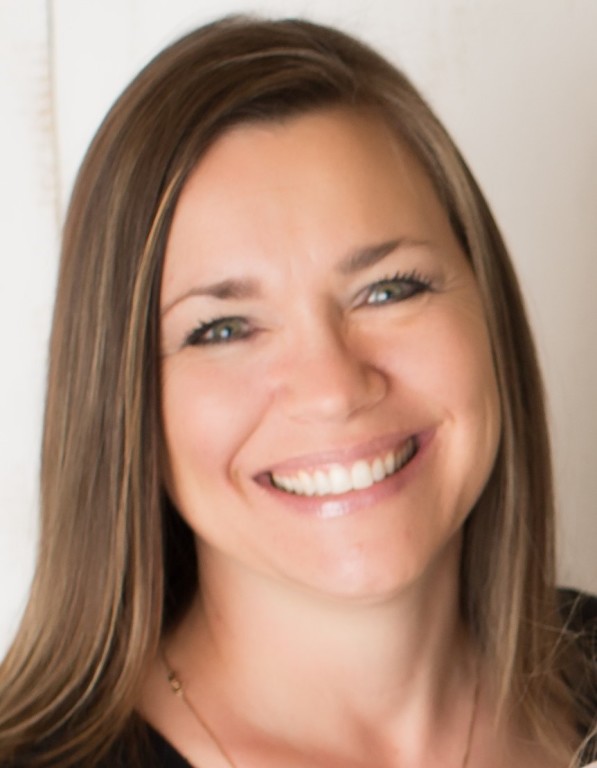 I grew up in Delano, MN, the oldest of three. We were members of St. Peter’s Catholic Church (now renamed to St. Maximilian Kolbe Catholic Parish), where I also attended their school from grades 1 through 6. Following high school, I attended Minnesota State University Mankato and graduated with a Bachelor of Science degree.

I met my husband, Brian, in 1997, and we married in October 2001. We have two boys. Jackson is 16, Bennett is 13. After I married, I relocated to Brainerd and began what turned out to be an almost 17-year career in the RPS Customer Service department at Ascensus. During the last 6+ years, I lead my team as a Supervisor, and finally a Manager. I have volunteered for several organizations in the community. I served as Cub Master for Cub Scout Pack 43 for several years. I have led small group discussions for our Wednesday night Faith Formation middle school youth from 2015-2020, and I am currently the Secretary for the Brainerd Baxter Baseball Association.

I love working in an environment that allows me to grow professionally, but more importantly, spiritually. I desire to help people on many levels and use my talents to partner with others so that they can fully live theirs. I love to collaborate to serve the people of the parish and the overall community. I strive to truly be the hands of Jesus. 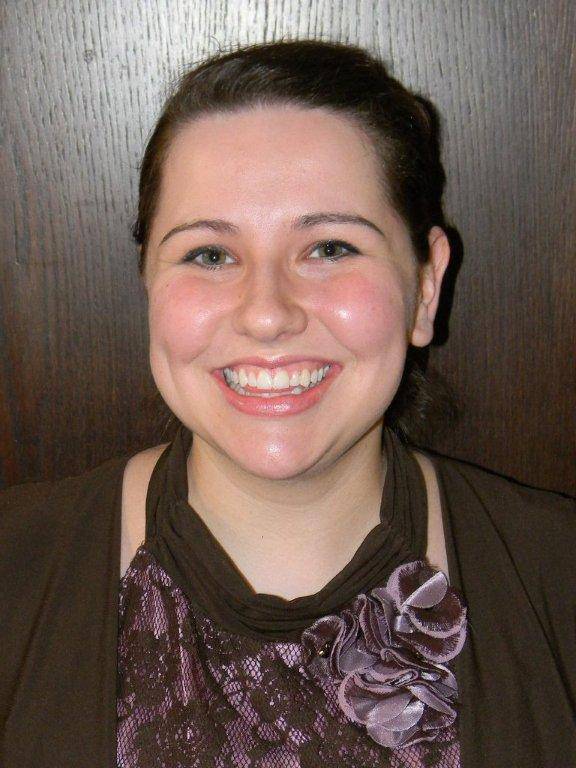 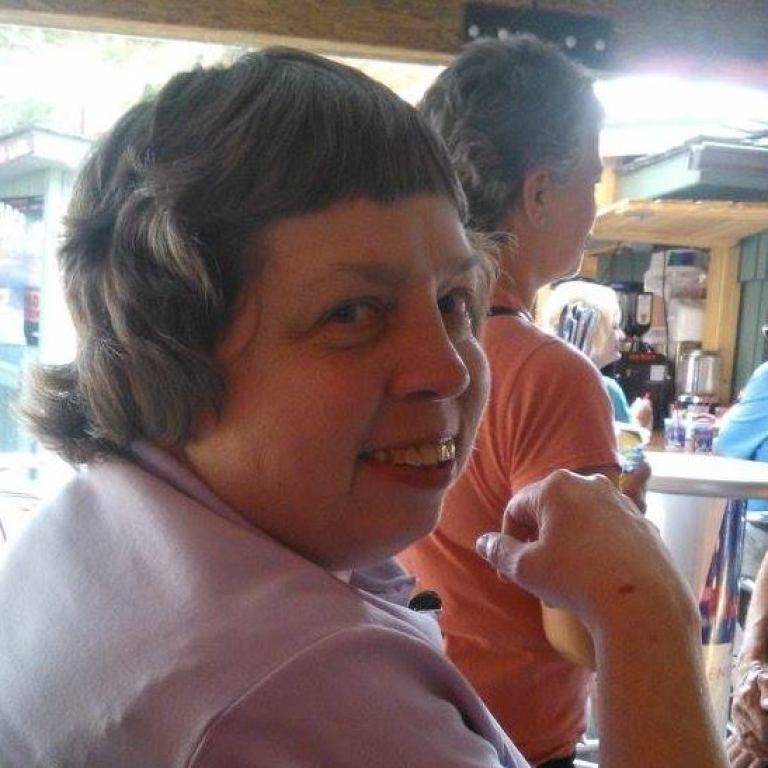 Hi, my name is Mary Stoffel. I am the part-time Parish Secretary at St. Andrews/St. Mathias Church office.

I was born in Ardmore, Oklahoma while my Dad was stationed in the Air Force. We traveled around to different states while he was in the Air Force. He retired in October 1966 from Bangor, Maine and we moved to Minnesota to be closer to my parents’ families. My family has been members at St. Francis Church since November 1966. I attended St. Francis School from 5th through 7th grade. After graduating from Brainerd High School in 1975, I attended vocational school for 2 yrs.

Before retiring from the MN Dept. of Natural Resources in November 2012, I also had worked prior to that at the Brainerd Regional Human Services Center; Crow Wing County Social Services, and the MN State Lottery. Since retiring in 2012, I have volunteered at St. Andrews Church office, St. Francis School, and at Renneke Chiropractic. 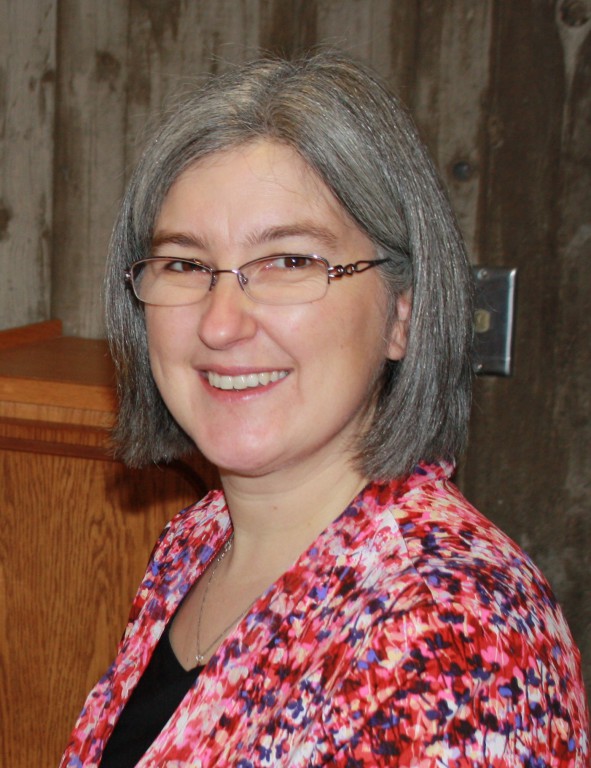 My name is Anne Pritschet, and I am the Music Director for St. Andrew’s and St. Mathias parishes.

I grew up in Dublin, Ireland. While studying Music and German at UCD I spent a year in Germany, and there I met my husband Dave, a native of St. Paul. We moved to Brainerd in 1993 when Dave was offered a job teaching here, and have lived and worked here ever since. We have been blessed with four children, Ciara, Miriam, Ronan, and Maeve. 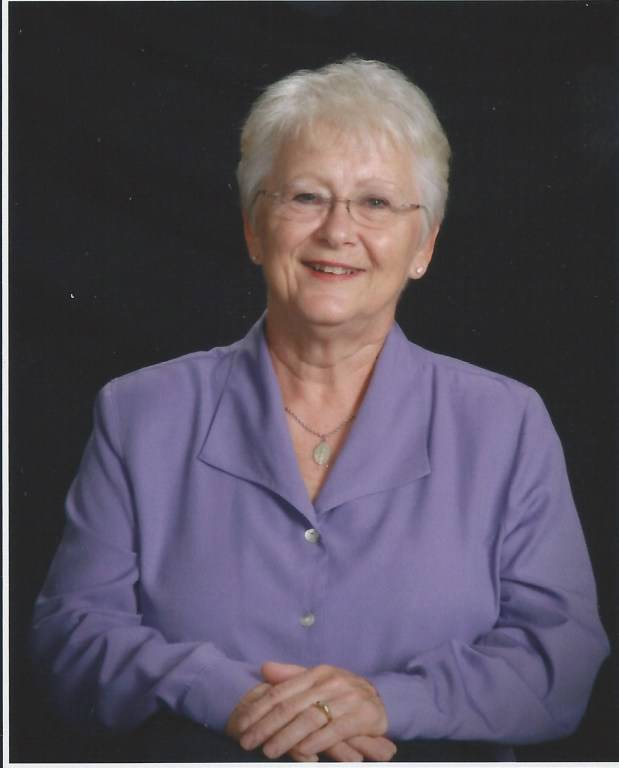 I have lived in the St. Mathias community since 1973, after purchasing the Tautges family farm. I was converted to the Catholic religion by Father Miller in 1979. I have been a member of St Mathias Church since then. I farmed with my husband, Dewey, and our two children for the first 15 years. I then went to work in Brainerd as a purchasing agent for 15 years at Atek Mfg. and 10 years at St Joseph's hospital. I retired in 2013. I like to stay busy and love to garden, golf, and kayak whenever I get the chance. I love to provide flowers and decorations for the church and being a custodian just seemed to be a natural next step in helping to keep our church beautiful.

Hello, my name is Dan Johnson and I am the Director of Religious Education for grades 9-12 and Adult Faith Formation.
I grew up on a farm just outside of Dickinson, ND, and attended 12 years of catholic schooling in that area. I spent 14 years as a partner in a computer company after graduating high school. My job servicing computers brought me to Minnesota in 1996. I eventually left my position in the company feeling that God was calling me to some kind of work in His church. I went back to school and graduated from the Franciscan University of Steubenville with a bachelor’s degree in philosophy and a minor in theology. I also spent two years in seminary studying theology and discerning a call to the priesthood. I moved to Brainerd in 2011 and took a maintenance job working for the church. I began my new job with the church in July. My name is Britt Johnson, and I am the Director of Faith Formation for Middle School, grades 6th-8th.
My husband Dan and I live in Brainerd and attend St. Francis Church. Dan is the Director of Faith Formation for the High School and heads up the RCIA program, and we are truly excited to work together at the church.
Payton is my compassionate, kind, intelligent, and thoughtful son, and Fallon is my caring, generous, funny, and joyful daughter.
I have lived in the Brainerd area my entire life mostly because I can’t bear to be away from the water and the woods. My wonderful parents, Bill and Mary Kronstedt, live in the house I grew up in and they too attend St. Francis Church. My brother, Adam Kronstedt, and his wife Charlene live in Nisswa with their five children. Family is very important to me and I am blessed to have them all so close.
I am excited to be a servant of God for the youth in our area and cannot wait to watch their faith continue to grow with the help of their families and those of us who are lucky enough to be called to serve them here at the church.

Hello! I began working for St Francis Parish in 1997 and I currently am blessed to work with the youngest children in all four parishes.
It is truly a joy to be able to serve this age, particularly witnessing the children receiving the Sacraments of Reconciliation and Eucharist for the first time.
My husband Rob and I have four daughters who all attended St Francis School and we are very grateful for the Christ-centered education they received there.