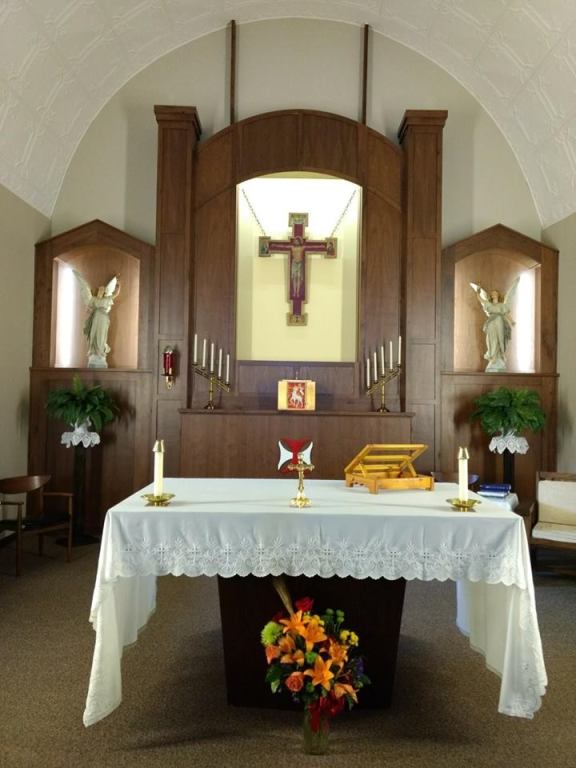 History:
St. Mathias is one of the older parishes in the Duluth Diocese. Monsignor J.F. Buh began to visit the area in 1887 and Mass was said in the homes of the people. Originally, St. Mathias was a French settlement, and although the parish was a mission of St. Francis Church in Brainerd, it was looked after by Father Arthur Lamothe from Belle Prairie in the St. Could Diocese. Fr. Lamothe served as pastor from 1890 till 1905. A framed church was constructed under his direction on land donated by the Gideon Matte family and this also included the cemetery.

The first full-time pastor of St. Mathias was Fr. E. Bossus from 1905 to 1909. During his pastorate, the rectory was built in 1906. When he left there were 57 families in the parish. He was succeeded by Fr. Lamy; he stayed until 1918. He added a sacristy, and two galleries built the steeple and installed a 400-pound bell. In July 1920, Father Tertoogan, a native of Holland, started the Crosier connection with the parish that lasted until 1996.

While on vacation in Holland in 1930, Fr. Tertoogan was offered the Stations of the Cross from a Jesuit Church in Rotterdam at no cost. He shipped them to St. Mathias, paying $50 for the freight. These are the Stations that now grace our church.

Because of the increasing size of the parish, it became necessary to think seriously about building a new and larger church. Local farmers began digging the basement in Dec. 1923, and on Sept. 24th, 1924 Mass was offered for the first time in the basement. On Aug. 26th, 1928 the first Mass was offered in the newly completed Church.